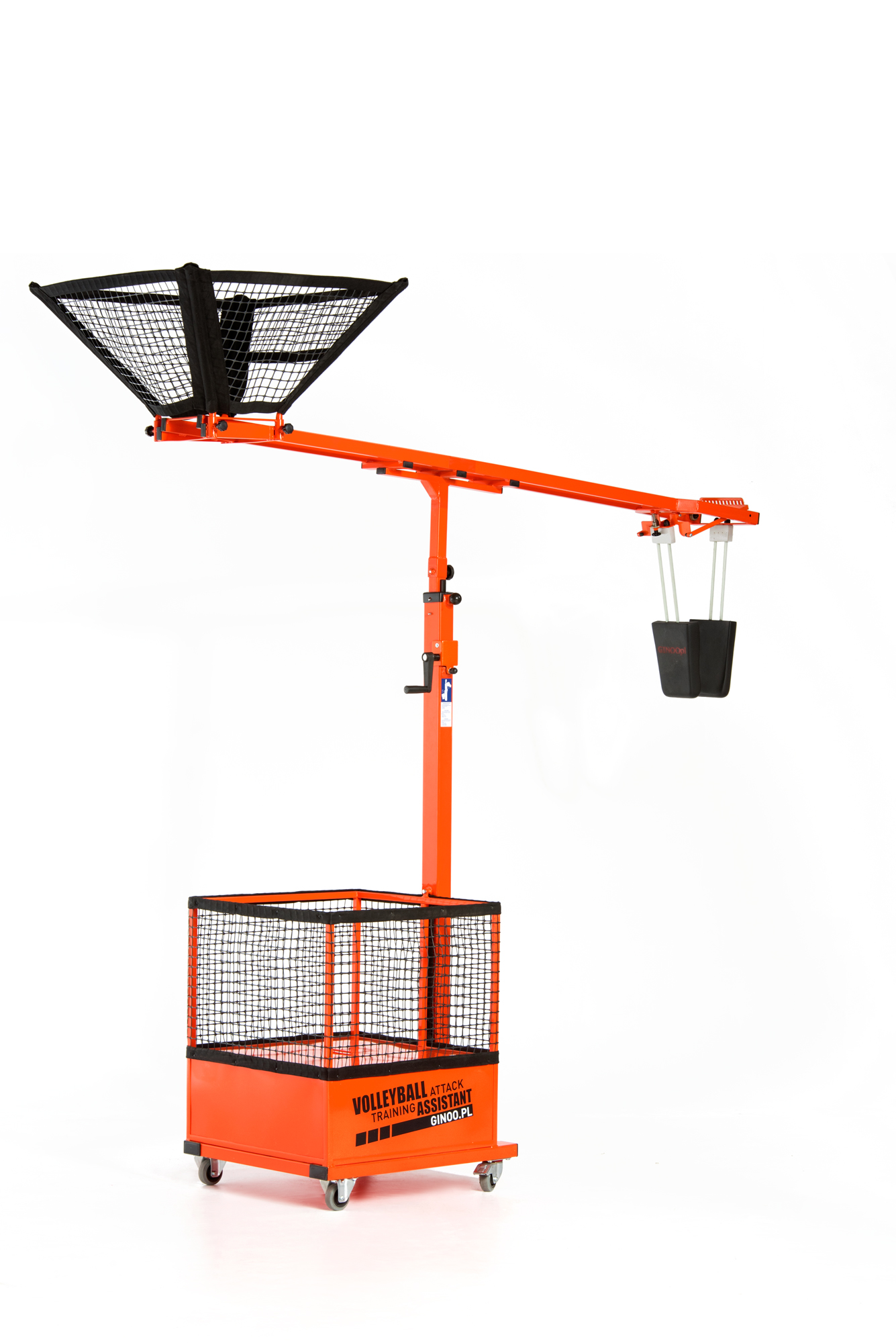 This professional device is designed to learn and improve the skills of attack (and not only!) in volleyball. It can be used in schools, colleges, and sports clubs. The device was designed for all individuals or institutions who want to improve the volleyball skills of their players.

- +
Add to cart
Before placing an order - please contact us by e-mail (info@ginoo.pl)! The delivery price is setting individually.

The device after setting it by a trainer (adult) in a place intended for physical exercise, blocking the wheels and adjusting the height at which the "paws" should be positioned (mechanism feeding balls after each attack) is ready for use. The Exerciser/Trainer individually throw balls into the basket located on the ball feeder arm, which one after the other roll down, stopping one by one in "paws". The maximum number of balls on the ramp is 12, and after each attack, more balls can be thrown which guarantees, smooth training. People exercising/training when attacking are knocking the balls off paws one by one. After each attack, the next ball immediately falls into the "paws" and so on..

Using the Assistant to train an attack in volleyball leads primarily to improving the effectiveness of training and skills. Additional benefits resulting from the use of device include:

IMPROVE THE TRAINING OF YOUR TEAM BY PURCHASING
THE VOLLEYBALL ATTACK TRAINING ASSISTANCE...
…AND START WINNING!

Technical data of the device:

A 150 kg load should be placed inside the machine base (e.g. 6 sandbags of 25 kg each, wchich can be easily purchased at almost any building store for a low price).

Copyrights 2020 By Ginoo Created By